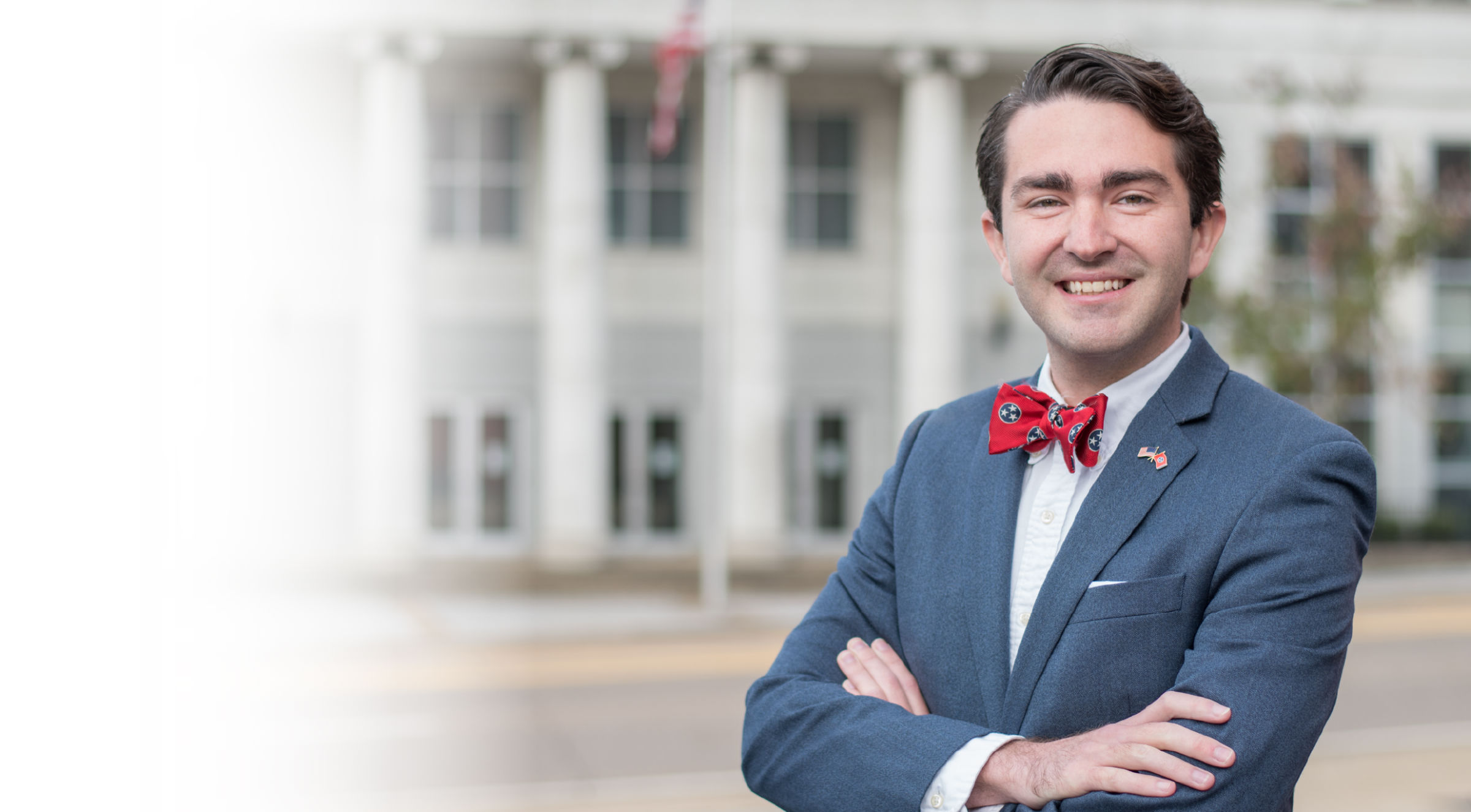 Andy Cole became an associate with Pentecost, Glenn & Mauldin in 2018. He is originally from Alamo, Tennessee, and still lives in Crockett County. Andy is licensed to practice before all Tennessee state courts.

Andy obtained a Bachelor of Science in Public Relations at Belmont University. He
was a member of Phi Kappa Tau fraternity, College Republicans, Public Relations
Student Society of America, and Student Government Association.

After Belmont, Andy attended the Institute of World Politics in Washington, DC,
where he obtained a Graduate Certificate in Counterintelligence. While in DC, Andy
interned in the United States House of Representatives and worked in the DC office of an international law firm.